Extra, Extra: Read All About It.

Supernumerary teeth, or hyperdontia, are extra teeth that can be found in the mouth. Average numbers for baby teeth that develop are 20.  The average adult teeth are 32, which include the wisdom teeth.  Hyperdontia appears in 1-4% of the population.  Race, gender, and age do not determine if a person will have extra teeth.  It is often seen with Gardner’s Syndrome (a colon disorder), Down syndrome and those with a cleft lip.  It is seen twice as often in males than females.  The most common supernumerary is called mesiodens and forms between the two front teeth. It’s usually only one extra tooth, but there are rare cases of multiple extra teeth developing.  The cause is unknown, but appears to link to genetics, overactive cells of the dental lamina, disease process, environmental and recurrence from ancestral roots.  Extra teeth can cause various problems.  They can interfere with the eruption of normal permanent teeth, cause crowding, create chewing issues, fuse with a permanent tooth, or cause formation of tumors or cysts.  Treatment may include extraction and orthodontics.  It does depend on location, the issues it may be causing or to avoid future dental issues.

A boy in India by the name of Ashik Gavai, at age 17, had 232 teeth extracted. Most of the extracted teeth were extremely underdeveloped.  He was diagnosed with a rare condition called complex odotoma. It is where one gum develops many teeth and is considered a benign tumor. In a past rare case it happened in the top arch of the mouth and 37 teeth were extracted. Ashik’s tumor was located in the lower jaw and contained 232 teeth. The You tube video below provides more information on this incredible story. 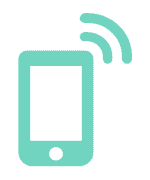 Supernumerary teeth, or hyperdontia, are extra teeth that can be found in the mouth. Average numbers for baby teeth that develop are 20.  The average adult teeth are 32, which include the wisdom teeth.  Hyperdontia appears in 1-4% of the population.  Race, gender, and age do not determine if a… Read More…

While many things have changed over the last couple of months, one thing has remained the same: our commitment to your safety.

That's why our staff is taking every precaution to make this office as safe as possible for our patients. You may see some changes when it is time for your next appointment including:

We look forward to seeing you again and are happy to answer any questions you may have about the steps we take to keep you, and every patient, safe in our practice.

A letter from the Cleona Dental Team